I have learned that it’s a given, the torrid love affair between teenaged boys and cars. The day on which the older boy bought his car (with his own money!) was quite possibly the most exciting day of his life. He was positively giddy.

All wasn’t perfect, however: the car came with an oil leak that required constant monitoring and topping off of oil. We took it in a few months ago to see if the pros could determine the source of the leak, and it was the worst oil-related diagnosis possible: the head gasket. The quote? $2600. (more than twice what the older boy paid for the car) It was decided that Jim and the older boy would do the repair themselves, during the summer, since it wasn’t really an emergency as long as he kept an eye on things.

Then, that car suddenly didn’t start up one day back in April, and he and Jim spent a nightmarish three weeks, desperately trying to find the source of the problem so they could revive it, and the older boy was sad.

In May, we got the miracle we were hoping for, and the car was up and running again.

Once they recovered from the trauma of the April-May repair, they scheduled their start date for the head gasket project, a day during the third week in June.

Just like his momma would, the older boy took pictures of every step along the way. I thought it was adorable. Don’t worry; I’m only sharing a few here! He took about sixty of them altogether. (And by the way, these pictures were taken with HIS camera, not mine.)

Here’s a picture of what it looks like when you strip everything out in order to replace the head gasket. 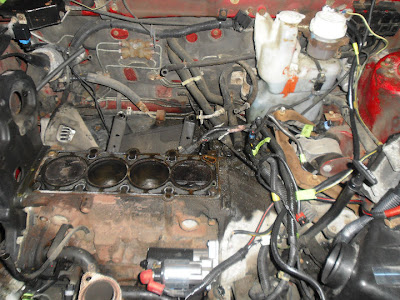 Of course, many parts were removed from the car but this is the most impressive to me: 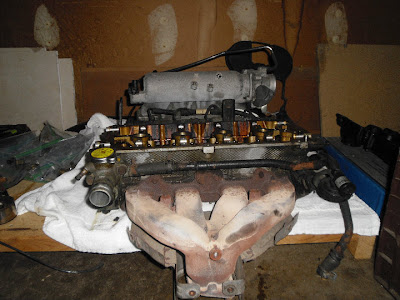 He had to take the head in to a machinist, to have it cleaned and resurfaced. It was so pretty when he brought it home that he took some artsy pictures of it, like this one: 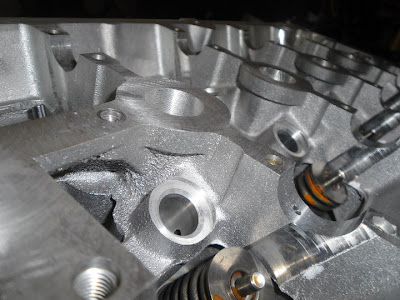 This was a familiar sight for about three and a half weeks. 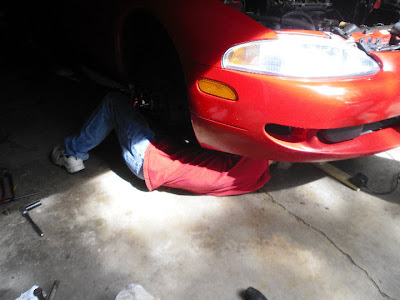 Finally, on Thursday? It was all put back together. 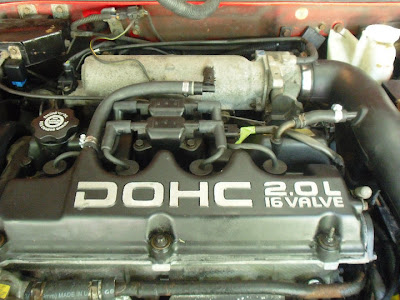 And guess what? It started. What a relief! I was at work when he drove it around the neighborhood for the first time, and he called to tell me that he was screaming out of his window, “I’m driving my car!!!!!!!” The love affair lives on. It’s been a very exciting week.

(By the way, the total cost of doing this repair themselves? $800. Which he paid for with his own money. The best thing is, he got so much more out of this experience than a fixed oil leak for that price. I’ll let you imagine what that might be.)

In other auto-related news around here, a certain younger boy received his driver’s ed grade in the mail. Not only did he get an A, but he got a perfect score on his driving test, which means he can skip the driving test when it’s time to get his license. I’m happy to report that nobody has to stay off the road when this kid is driving on his own, and that’s a total relief.

The younger boy is scrimping and saving for a car of his own now. And the process begins anew…

Way Better Than A Bike.

This site uses Akismet to reduce spam. Learn how your comment data is processed.